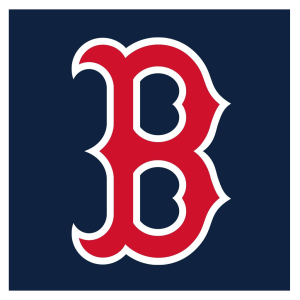 Joseph Francis Flanagan of Dorchester, age 93, passed away after a wonderful and fulfilling life on January 13, 2020. Born on July 8, 1926, he was the son of the late Lawrence and Loretta (Ochs).

Joe grew up in St. Ann’s Parish, Dorchester, MA graduating form English High School, where he excelled in all sports and entered the United States Navy the same year in 1944. He was also in the United States Marine Corps. He was a member of the Boston Police Department for 17 years as a beat cop. He went on, furthering his career working as a Suffolk Superior Court Officer retiring as an Assistant Chief Court Officer in 1991. After retiring from that career he got the job of his dreams working at Fenway Park for twenty years where he got to personally know many of the Red Sox players, their wives, and many other famous people. Eleven of those years he worked in the Clubhouse during the 2004 and 2007 World Series. In 2004 he was given a World Series rin.

First and foremost, he valued his family above all. He adored his wife Pat. Their 69 year marriage was an inspiration to all. Spending time with all his 11 grandchildren and 2 great-grandchildren meant the world to him. He will be leaving us with such lasting memories. Those who have had the pleasure of knowing him will miss his Red Sox stories, writing poems at family parties and his singing expertise.

Joe was a member of the McKeon Post Boxing Program for many years. He was preceded in death by his brother Lawrence (Larry) Flanagan and loving daughter Marie Ingram. He leaves his loving wife Patricia (O’Malley). Loving father to his son Joseph and wife Kathleen of West Roxbury, Paul of Rotundi West, FL, James and the late Rosemary (McCarthy) of Somerville, Susan and her husband Robert of Hingham, and his adoring 11 grandchildren, Gavin, Jeremiah, Justin, Gregory, Nikki, Colin, Patrick, Moore, Evan, Caroline, and Kimberly, and two great-grandchildren Troy and Gavin, along with many nieces, nephews, and friends.