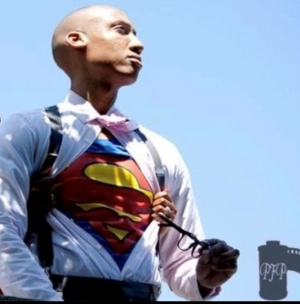 Currivan Martino Alouidor, son of Gladys and the late Martino Alouidor, made his premier debut into this world on November 6, 1985 in Boston, Massachusetts. As a child he attended Mission Grammar School and created memories on the streets of Dorchester and Roslindale, playing basketball (shout out to the Bomb Squad where he learned he had a “jump hook” and Showdown, where he earned the nickname “Swervin’ Curvin” because he was always spinning to shoot the hook shot). He also became a major player on the Mission Hill Little League team as part of the Expos. As he would be sure to convey, it was because of his outstanding skills that they won the minor league championship. He later went on to attend and graduate from THE Boston Latin School (BLS) in June 2004–not to be confused with BLA (He made sure we would note this point!). His only regret leaving there was losing the title of Prom King. For college, he attended Northeastern University where he majored in Political Science. It was during the summer leading into his sophomore year at Northeastern that he was introduced to the Jimmy Fund by way of his first encounter with Osteosarcoma.

During his time at Northeastern, even in the midst of having many health challenges, he never shied away from a good time. He sought out his revenge on losing Prom King at BLS by earning many sashes, including the titles of “The People’s Champ” and “Mr. Ebony” and as always, amassed a number of friends who essentially became family.

A silver lining in losing a year of school to kick cancer’s rear end the first time, was the opportunity to graduate from Northeastern University in 2010 alongside his little brother, and later that spring, thanks to his little sister, he earned one of his most prized titles to date–the title of “Uncle” for the first time. Currivan was known for planning elaborate surprises and excursions for his nieces and nephew and even at the time of his passing he was deep in thought about the next play date for them.

Currivan was a one of a kind, unique individual. He could argue sports, Marvel vs. DC Movies (according to Currivan, Marvel movies are always better, but DC comics and cartoons are the best!), and then transition to animé, and then discuss politics in a way that was truly thought provoking and made you wonder how in the world he had the time to read up on all of these very different topics. And don’t even get started on the art of reading! Currivan would read a book as often as he drank water and was probably single handedly keeping the Boston Public Library afloat over the last 10 years the way he borrowed books so regularly. At the end of the day, he focused on anything that would “bring him closer to his goals”.

Post graduation he began working at Bank of America as a Personal Banker. It was around the time that he worked at Bank of America that he also became the Treasurer on the board of what was formerly known as The Abby Fund, a nonprofit scholarship fund for METCO students. As the Treasurer, he was able to use his ties to BOA to help create exponential impact with any and all donations by matching the funds that would be donated to the nonprofit. Matching the funds helped the group reach their goal of creating a $20,000 endowment even faster. This is a prime example of one of Currivan’s greatest skills–the ability to “hack” a system and find a way to improve it while also leaving a positive impact on others.

Outside of work, he continued to be involved in his community and soon sought out a church home by attending Jubilee Christian Church. In 2011, as fate would have it, he ran into an old friend on her way from the 10:00am service as he was on his way to the 12:30pm service. He asked her if she’d like to get dinner one day and she offered instead to go to brunch. At that brunch, he had her sign a prenuptial agreement that outlined what their marriage would be like in the future. That  friend is now his wife of 7 years.

After leaving Bank of America, he held two other jobs before landing what would ultimately become his forever home at Amadeus North America in October 2015. There, he was a Senior Technical Recruiter, and helped software engineers and developers get hired and loved reminding people that they were there because of him. In all fairness, they often loved giving him the credit because he regularly advocated for candidates to demand to be paid what they are worth–especially women!

Over the course of his life, he found ways to give back to the Jimmy Fund by participating in the NESN Phonathons and meeting with children who were conquering their cancer and sharing his story of thriving after his diagnosis. He also volunteered as part of the Media Ministry at Jubilee Christian Church in addition to being a mentor for middle school boys as part of the Transformation Ministry.

One of his favorite places on this Earth was Disney World and lucky for him, God saw fit to ensure he could enjoy one last trip the week before he was called home. And just like the amazing wonder that is Disney World, he constantly provided that same sense of magic and awe as our real life “Superman” and we know that he is now flying high over all of us.

Currivan transitioned peacefully to be with his Lord & Savior the early morning of Thursday, May 12th, 2022. He is survived by his wife, Charisse (Gilmer) Alouidor; his mother, Gladys (Alaguy) Alouidor and preceded by his late father, Martino Alouidor. He is also survived by his brother Reginald Alouidor, sister Fabienne Alouidor-Milord and her husband Louis Milord; his nieces & nephew: Aliyah, Delilah, Lucas, and Trú Milord as well as by his grandparents, Frank Rigueur and Mireille Mailles in addition to many loving aunts, uncles, cousins, and friends.