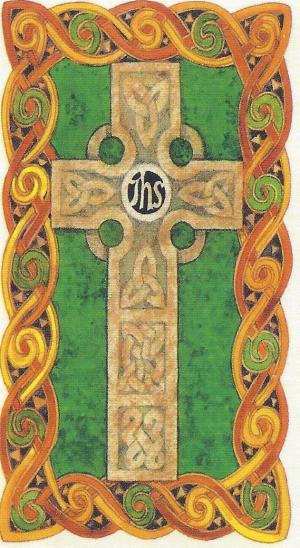 King, Mary Theresa (Boggan), age 94, died on May 4, 2020, one month shy of her ninety-fifth birthday, during the Easter season and during the month of the Blessed Virgin Mary, just as the beautiful spring day was ending and light was fading.  If ever there was a woman who personified the plaintive lines of Dylan Thomas, it was Mary Theresa King:  “Do not go gentle into that good night/ Old age should burn and rave at close of day;/ Rage, rage against the dying of the light.”  Mary certainly had successfully fought many battles in her lifetime, especially in her “old age,” but, in the end, she was no match for Covid-19 and its complications.  Born on June 4, 1925, in the town of Wexford, County Wexford, Ireland, Mary was raised there by her forever cherished grandmother Grace (Bracken) Hackett in a busy, happy household. In search of employment, Mary later moved to London, England, where she had family members, arriving during wartime.  Still a teenager, she bicycled to and from her job in a secretarial pool, often dodging the flying bombs known as doodlebugs on her way home and then sleeping in an Anderson shelter during the nighttime air raids.  However, with the indomitable spirit of youth, she found joy even amidst the terror of war, loving her work, making friends, and attending the Irish Ceili dances in London.  It was at those dances that she met her future husband, Tom, a most wonderful man.  They resided in London for many years, until finally immigrating to the United States with their two children, settling in Dorchester, Massachusetts, in St. William’s parish.  Mary lived in Dorchester, in several different parishes, for over five decades.  Her final years were spent at Marian Manor in South Boston. Mary was a talented knitter, a voracious reader, a current events aficionado, and an excellent mathematician.  In her later years, she was an active member on various City of Boston Senior Task Force Committees. She was the beloved wife of the late Thomas Michael King, originally of Carraroe, County Galway, Ireland. She was the loving mother of her three children who tragically all predeceased her:  Anthony Thomas King of Hingham, Massachusetts, Maureen Bridget King of Princeton, New Jersey, and her always remembered precious infant daughter.  Mary was the proud, devoted grandmother of Catherine B. Martin of Edgware, England, and Thomas N. Martin, Ph.D. of New York City.  She was the cherished mother-in-law of Jane L. Kreinsen-King, Mary’s longtime caretaker, of Hingham, Massachusetts; their journey together spanned forty-two years, of which the last eight years were a true Ruth and Naomi story.  Mary was the daughter of the late Nicholas Joseph and Bridget (Hackett) Boggan and the older sister of the late Patrick J. Boggan of England.  She was the special niece of Grace (Hackett) McCurry, late of Wexford.  Mary is survived by many relatives in the United States, Ireland, England, and Scotland, but most especially by her unfailingly devoted cousin Emily Hackett of Wexford, Ireland.  Eternal gratitude goes to Mary Kilcullen of Braintree, a true angel and a blessing beyond words, for her steadfast support of Mary and Jane during these past years.  Deepest gratitude also goes to Father Pablo Gomis of the new Archdiocesan Covid ministry who, at great personal risk, anointed Mary in her hospital room, and to the brave, expert staff at Boston Medical Center who compassionately cared for Mary these past two weeks.  Mary King’s unwavering Roman Catholic faith and her passionate devotion to the Blessed Mother sustained her through many, many trials, including the complete loss of her vision six years ago.  May she now be singing in her lovely voice along with the heavenly choir, “I was blind, but now I see.” No need, therefore, dearest Mary, any more to “rage against the dying of the light,” because eternal rest has been granted unto you and perpetual light will shine upon you.  Due to the current health crisis, services were private.  A Memorial Mass will be celebrated at a later date.  If desired, donations in Mary’s honor may be made to the Irish Pastoral Centre, 512 Gallivan Boulevard, Suite 201, Dorchester, Massachusetts 02124 or to St. Ann Church, 243 Neponset Avenue, Dorchester, Massachusetts 02122.